A small (5) group of us had a lovely day walking along the Thames from Hampton Court and then back through Bushy Park on Friday 4th October.

It was easy walking along a large loop of river passing desirable looking chalets (apparently built
on stilts so they do not flood) on Thames Ditton Ait, and a wedding venue on Raven’s Ait. After
lunch in The White Hart in Hampton Wick there was a bit of road walking before we entered Bushy Park where the stags were in fine voice at the beginning of the rut. We saw some magnificent antlers before returning to Hampton Court and taking advantage of their tea room before making our way home.

The weather was not quite as good as we could have hoped but much better than forecast so
hoods and umbrellas were not over-used and, although our guide book told us we had walked
10.9kms our phones told us that it was 8.5kms! 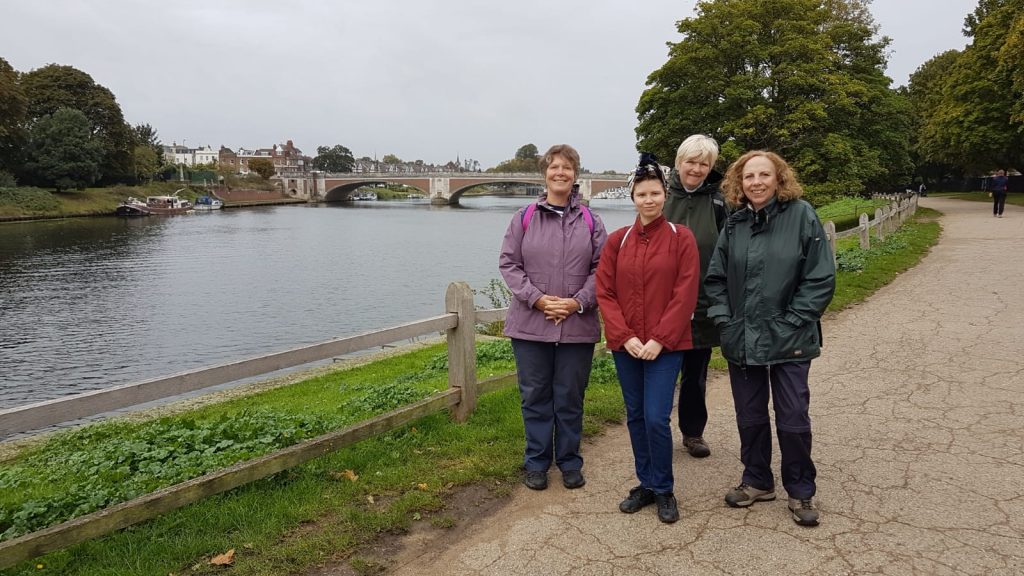 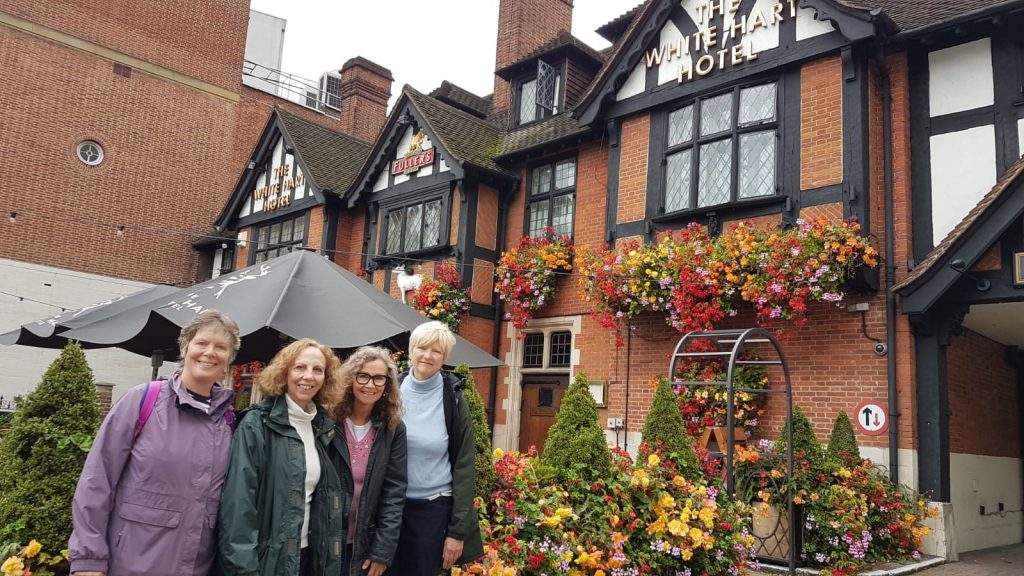 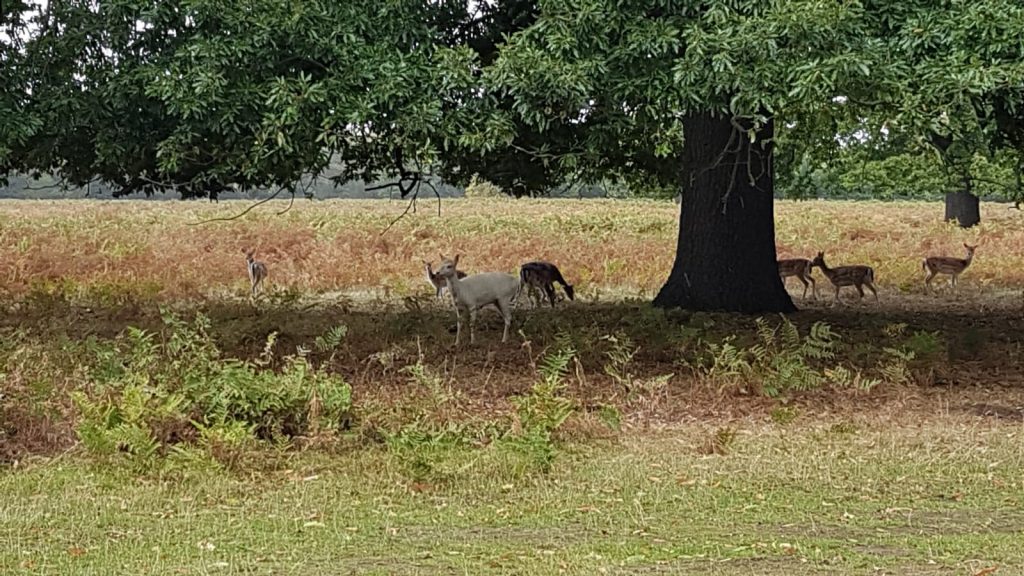 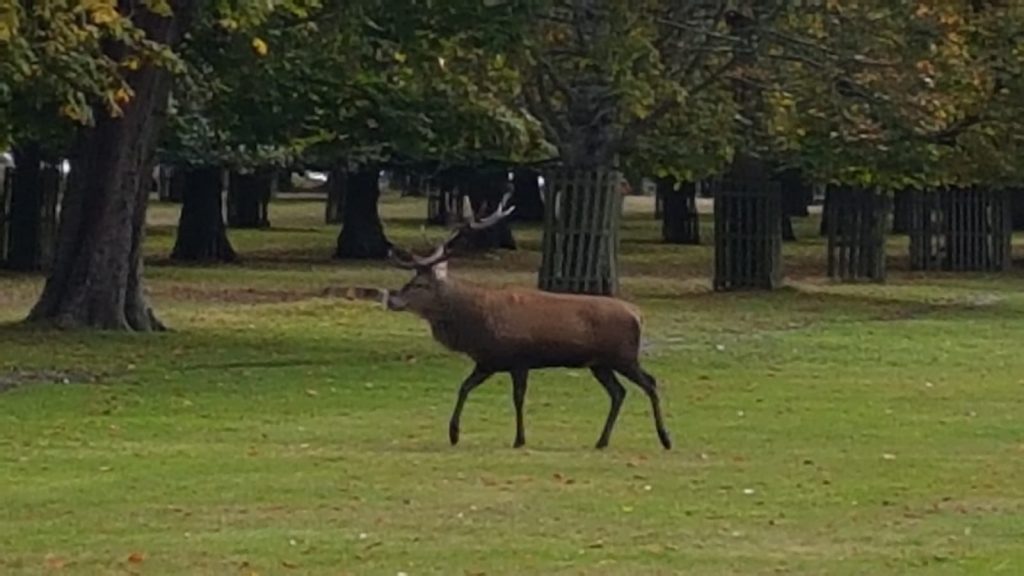 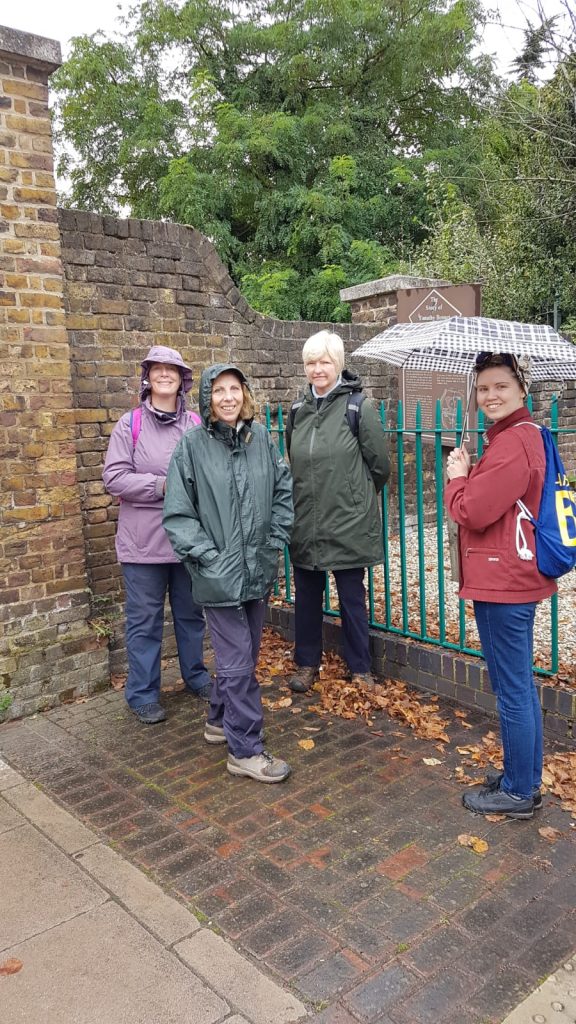